The European Central Bank (ECB) will raise interest rates ‘significantly’ in the months ahead to combat entrenched inflation, ECB President Christine Lagarde said yesterday, sending a hawkish message to the market. Alongside a promise to keep hiking interest rates until they are at ‘sufficiently restrictive’ levels to ensure inflation returns to 2%, the ECB also announced that it will start reducing its bond portfolio by selling Euro15 billion of government debt a month from its Asset Purchase Program (APP) from the beginning of March next year. The hawkish stance from the ECB, if carried out in full, suggests that the single currency has room to move higher in the weeks ahead.

December’s German flash PMIs today showed a ‘shallower downturn in business activity across Germany’s private sector economy, with rates of contraction easing across both manufacturing and services’, according to data provided by S&P Global. Today’s release beat market expectations across the board. The latest data paints a ‘somewhat less gloomy picture’ of the German economy going into the year end and despite still being in contraction territory, the ‘expected recession could be shallower than first feared,’ according to S&P Global.

For all market-moving economic releases and events, see the DailyFX Calendar

How to Trade EUR/USD

The Euro rallied across the board yesterday after the ECB meeting and press conference, aided in part by higher bond yields across the Euro Area. Yields were supported by the central bank’s hawkish shift and news that the ECB will start unwinding its APP bond portfolio from the beginning of March. The move higher in yields continues today with German 10-years +10bps at 2.185%, while Italian 10-year government debt is 18 bps higher at 4.34%. 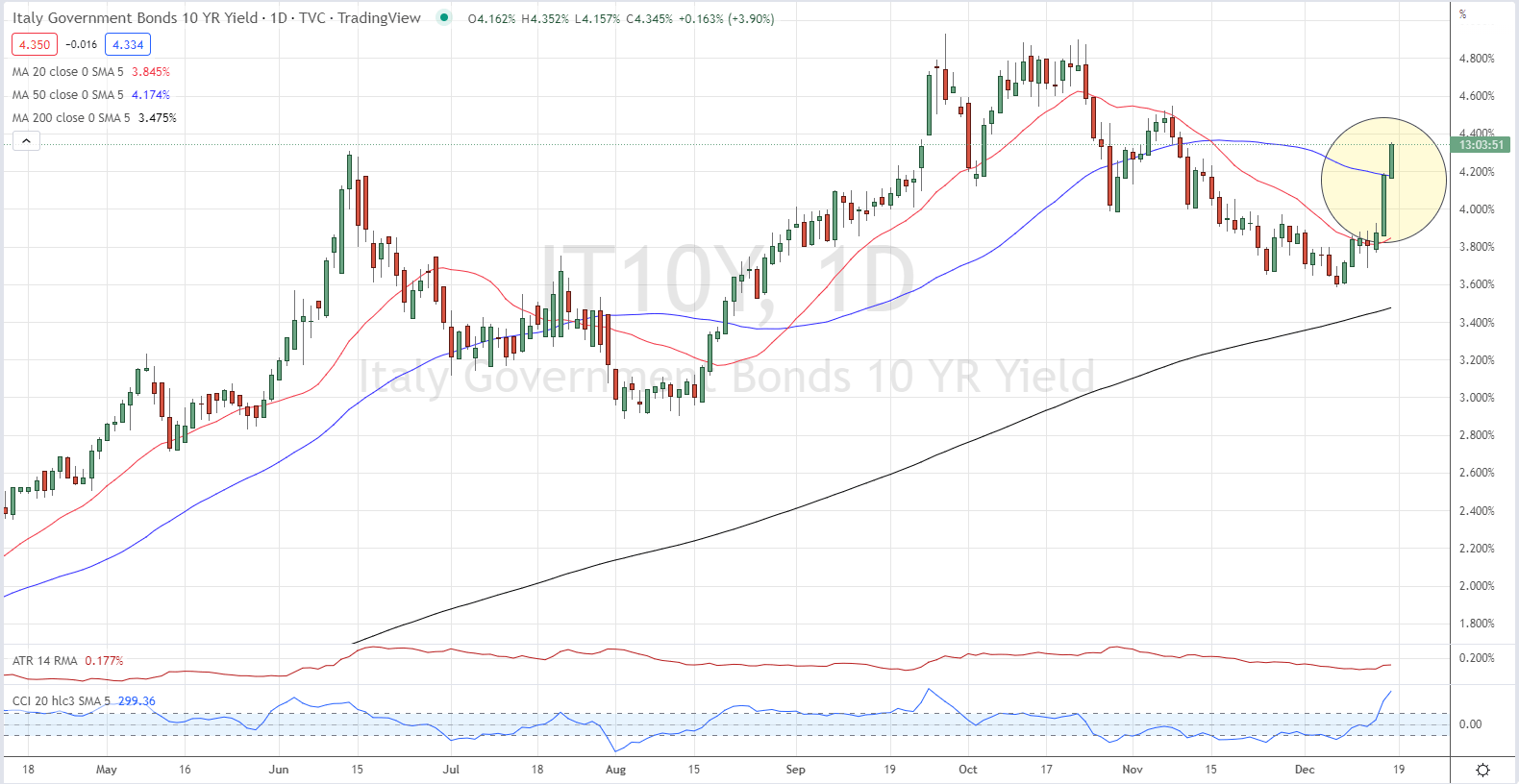 EUR/USD touched a post-ECB high of 107.36 yesterday before consolidating gains around the 106.50 area. The technical set-up for the pair remains positive and with the fundamental backdrop also turning Euro-positive, the late-May 1.0791 high is the next target for the pair before 1.0940-1.1000 comes into play. 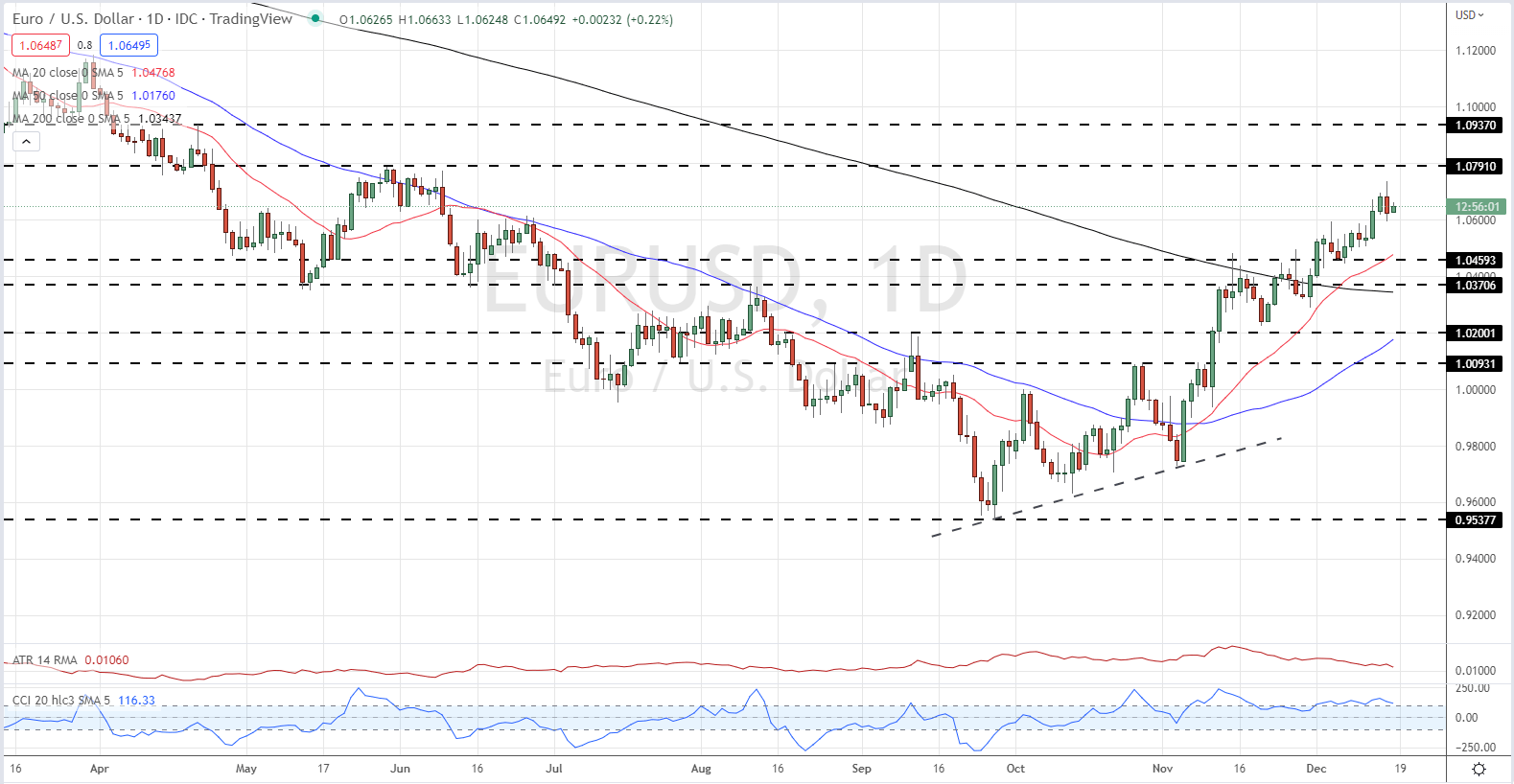 We typically take a contrarian view to crowd sentiment, and the fact traders are net-short suggests EUR/USD prices may continue to rise. Traders are further net-short than yesterday and last week, and the combination of current sentiment and recent changes gives us a stronger EUR/USD-bullish contrarian trading bias.

What is your view on the EURO – bullish or bearish?? You can let us know via the form at the end of this piece or you can contact the author via Twitter @nickcawley1.