The latest Bank of England policy decision revealed a three-way voting split with six out of the nine MPC members voting for a 50bp rate hike, two members voting for no change, and the final member voting for another 75bp rate hike. The MPC noted that the UK was expected to be in a recession for a ‘prolonged period’ while inflation was expected to remain at highly elevated levels in the near term, before dropping sharply from mid-2023. Overall the short-term outlook for the UK economy remains negative and this is now starting to show in Sterling.

The latest S&P Global PMIs also point to a mixed picture in the UK economy with manufacturing continuing to suffer while services pick up. According to S&P Global chief business economist Chris Williamson, ‘the December data add to the likelihood that the UK is in recession, with the PMI indicating a 0.3% GDP contraction in the fourth quarter after the 0.2% decline seen in the three months to September.’ Mr. Williamson added, ‘it’s no surprise to see that businesses are battening down the hatches, most notably by reducing headcounts, in a sign that the downturn not only has further to run but could yet accelerate again, especially given December’s further hike to interest rates.’

In addition to a stagnating economy blighted by double-digit inflation, the UK is in the grips of a series of strikes that will hit the economy further. Industrial action by nurses, rail workers, and the postal service over December is causing not just economic damage but is also provoking civil unrest as talk of a ‘winter of discontent’ begins to ring true.

Against this negative domestic backdrop, it is not surprising to see Sterling getting sold off. Cable hit a multi-week high of 1.2447 on Wednesday before the BoE sent the pair spinning lower. GBP/USD trades around 1.2150 and may fall further in the weeks ahead.

How to Trade GBP/USD 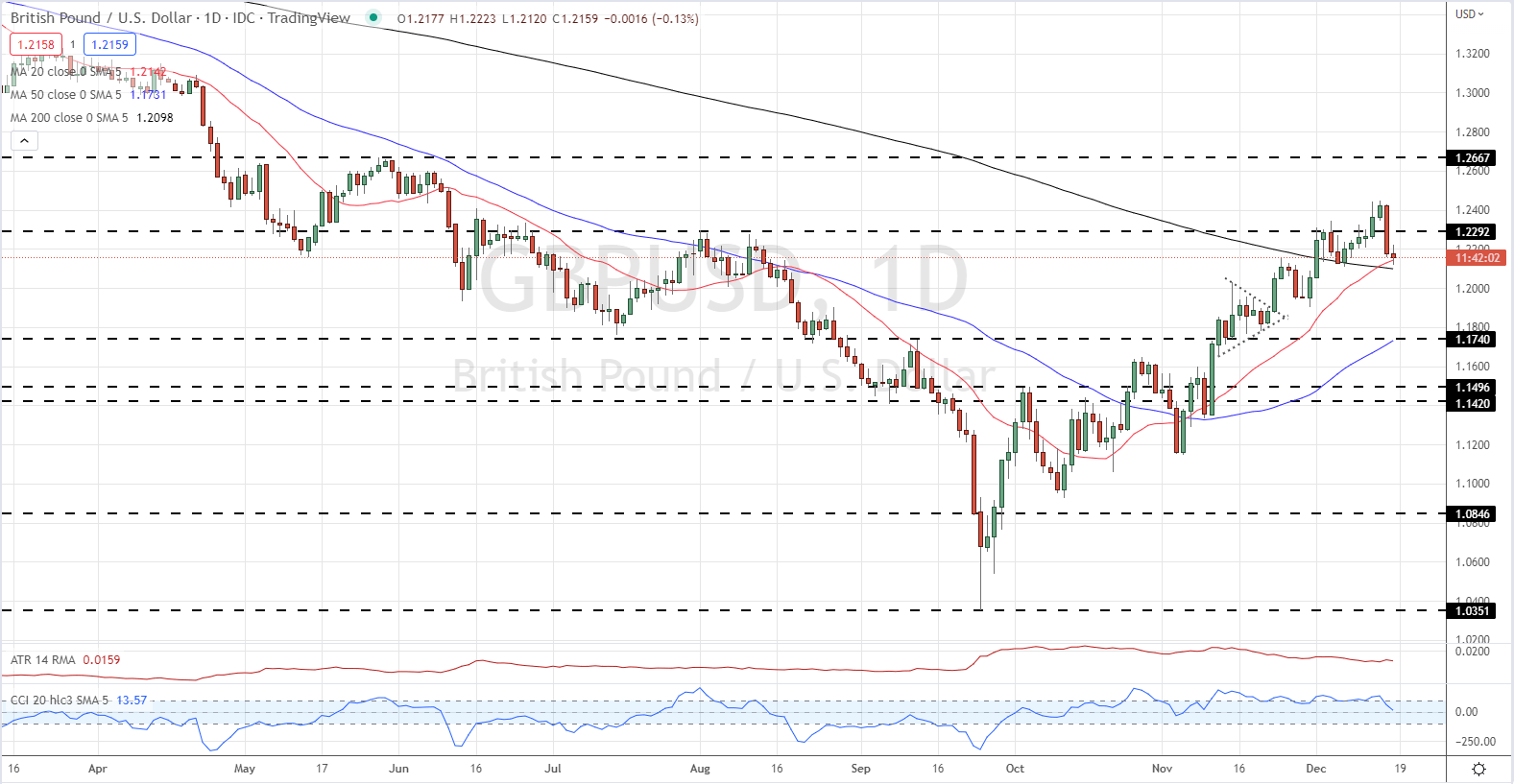 We typically take a contrarian view to crowd sentiment, and the fact traders are net-long suggests GBP/USD prices may continue to fall. Traders are further net-long than yesterday and last week, and the combination of current sentiment and recent changes gives us a stronger GBP/USD-bearish contrarian trading bias.

What is your view on the British Pound – bullish or bearish?? You can let us know via the form at the end of this piece or you can contact the author via Twitter @nickcawley1.